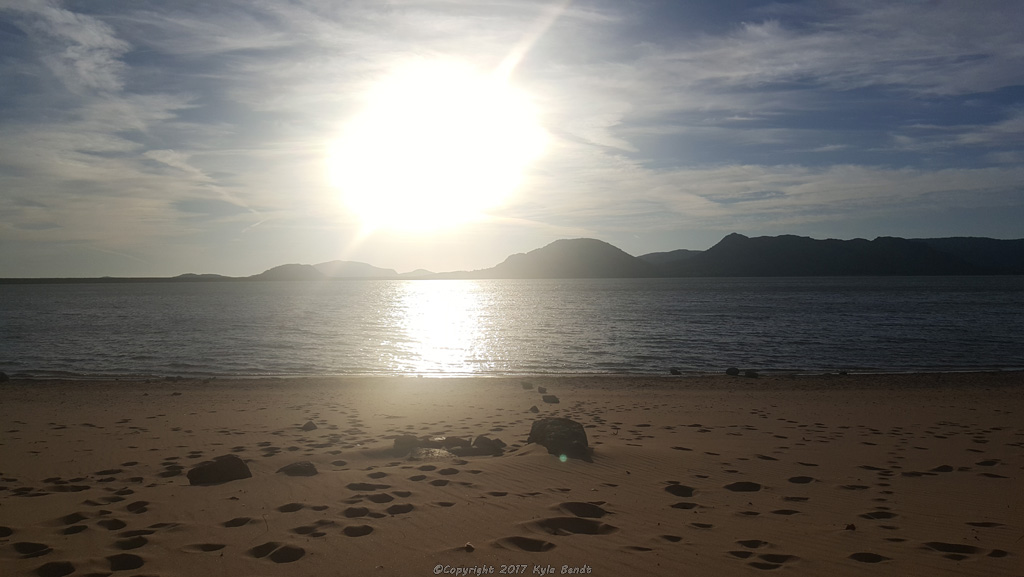 Quartz Mountain Nature Park was one of the original Oklahoma State Parks, although I’m not sure it’s still classified as a State Park.  It is still run by the state of Oklahoma and is very State Park like.  It is a gorgeous, unique area that is all the more precious because of the part of Oklahoma it’s in.

Many people think of Oklahoma as flat and although this is far from true for the whole state, part of it is very flat.  Western Oklahoma tends to be cow pasture or cropland with the occasional small town here and there.  It can be quite a challenge to find good places to visit in that part of the state.  Quartz Mountain is so different from the surrounding area.

It features these super cool, rocky hills that rise up out of the flat land.  There’s a nice lake with cabins and a lodge.   There’s a golf course, hiking trails, camping areas and rock climbing.  It also features a conference center and performance center.

S and I recently went out to Oklahoma city with baby B for a work conference and stopped by Quartz Mountain for a night on the way home.  Our lodging turned out to be a bit disappointing- we’d had a room booked in the lodge, but they were over-booked and we got moved to a cabin.

The cabin was old and a bit grungy, but we were tired and Quartz Mountain is far enough from any other lodging options that we stayed there for the night.  I had wanted to try out one of their cabins at some point and, well, now I know what they’re like. 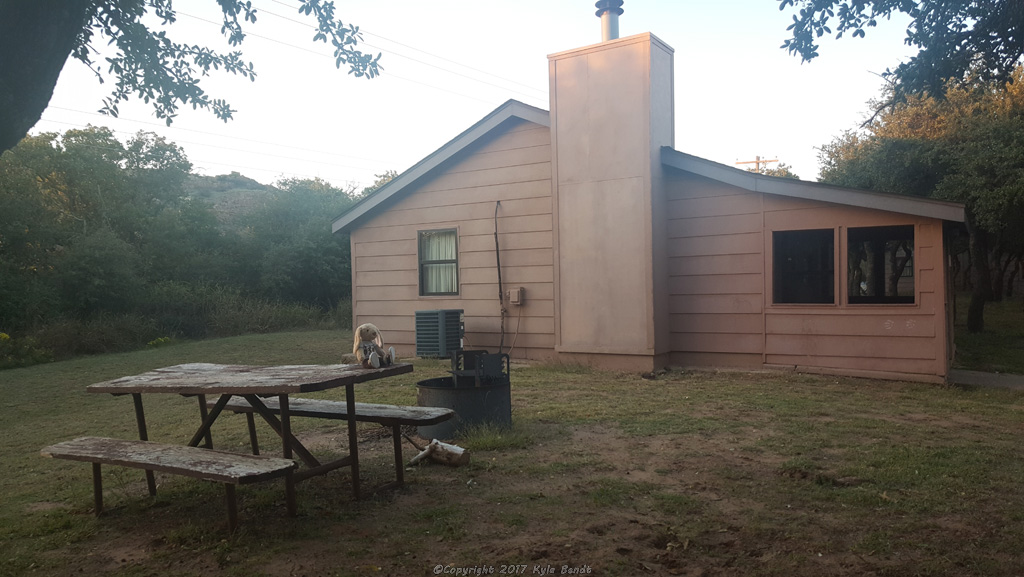 Hoppy chillin’ outside our cabin.

The surrounding area was nice though.  We saw several white-tailed deer around our cabin, which all disappeared when I went outside with my camera.  Our cabin was surrounded by trees and it was a very short walk down to the lake where we went to drink coffee in the morning.

After our coffee, we went for a hike at the Baldy Point area.  One of the trails looked really cool, featuring just the exact amount of rock climbing that I’d be willing to do without gear.  It was so tempting, but just seemed like a bad idea to attempt it while carrying baby B.  It’s one thing to put myself at risk.  It’s quite another to put him at risk.  So, we stuck to an easier trail, but it was still a nice hike in a cool landscape. 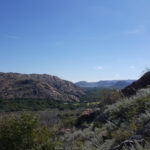 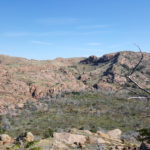 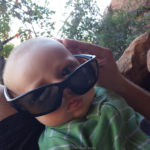 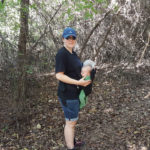 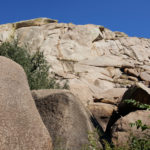 Once we got back to the car, we spent a while watching a couple of rock climbers scaling one of the rock walls.  The sign said the area is Oklahoma’s premier rock climbing destination.  Frankly, I’m not sure Oklahoma has many other rock climbing destinations at all, but it did look like a good place for it.  Then we were off for a long drive with a baby back to New Mexico.  Traveling is definitely more work with a kid, but still worth it.