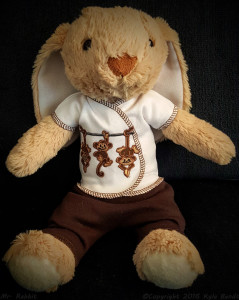 Mr. Rabbit a.k.a. “Hoppy” has a pretty nice life for a bunny.  He has clothes and shoes and toys.  More importantly, he has friends, people that love him and the opportunity to travel the country.

Life wasn’t always this way for Hoppy.  A friend of mine was helping a buddy doing work on a house that had been repossessed.  He found a rabbit lying bedraggled in the mud outside of the house.  He picked him up and brought him home in a plastic bag so as to not dirty-up his car.  He then gave the rabbit a bath.

Somewhere along the way, I adopted Hoppy.  Now, he lives with me along with his friends New Bunny, Baby Kitty and Buc-ee. 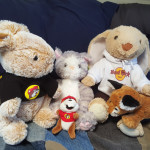 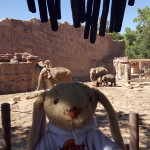 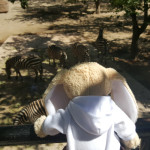 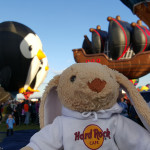 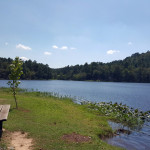 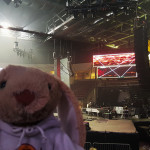 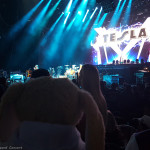 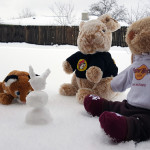 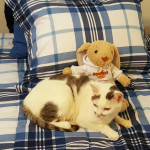 There once was a rabbit found in a puddle of mud
A man brought him home and washed him with water and plenty of suds
Never again would the bunny be cold, wet and alone
The man let the rabbit live at his house while he looked for a permanent home

Pretty soon the rabbit made friends that came to live with him too
Another bunny, a beaver and a kitty- now the girl’s house is practically a zoo!
The girl bought the rabbit pajamas, a tooth brush and some toys
But what the bunny loves the most is his friends and the girl: simple joys

Dress Like Mr. Rabbit Mr. Rabbit’s super cute monkey suit comes from Amazon.  His is a micro-premie size, but they have larger sizes available as well.

(Note:I participant in the Amazon Services LLC Associates Program, an affiliate advertising program designed to provide a means for sites to earn advertising fees by advertising and linking to amazon.com. I only link to the few products that I would recommend anyway. I am very selective since I hate ads, thus the lack of any other form of ads on here.)

Next Post
8 reasons I want to live in an RV