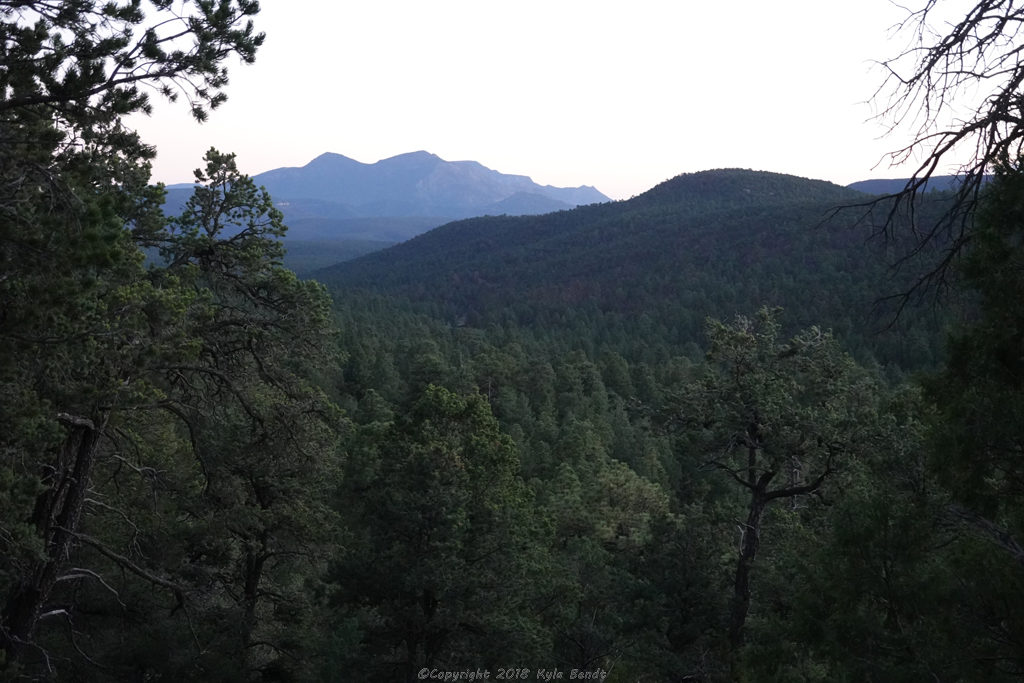 Today, I had plans to go out hiking with baby B this afternoon.  But it felt hot and sunny when we walked up the street to the mailbox, so I didn’t feel like hiking.  OK, it was probably only 80 degrees out and I probably should have just gone.  Since I didn’t go this afternoon, after B was in bed, I headed out for a quick hike before the sun set.  By then, it was actually very pleasant out.

Of course, I had to bring the new camera along.

I have been focusing on trying to learn about the aperture settings.  For my simple purposes, this controls how much of the image is in focus.  For example, a large aperture is used in my portraits of baby B where he is razor sharp, but the background is blurred out.  A smaller aperture is often used in landscape photography when one basically wants the whole image to be in focus.

Just getting this basic principle down has opened up a whole world of options for me. 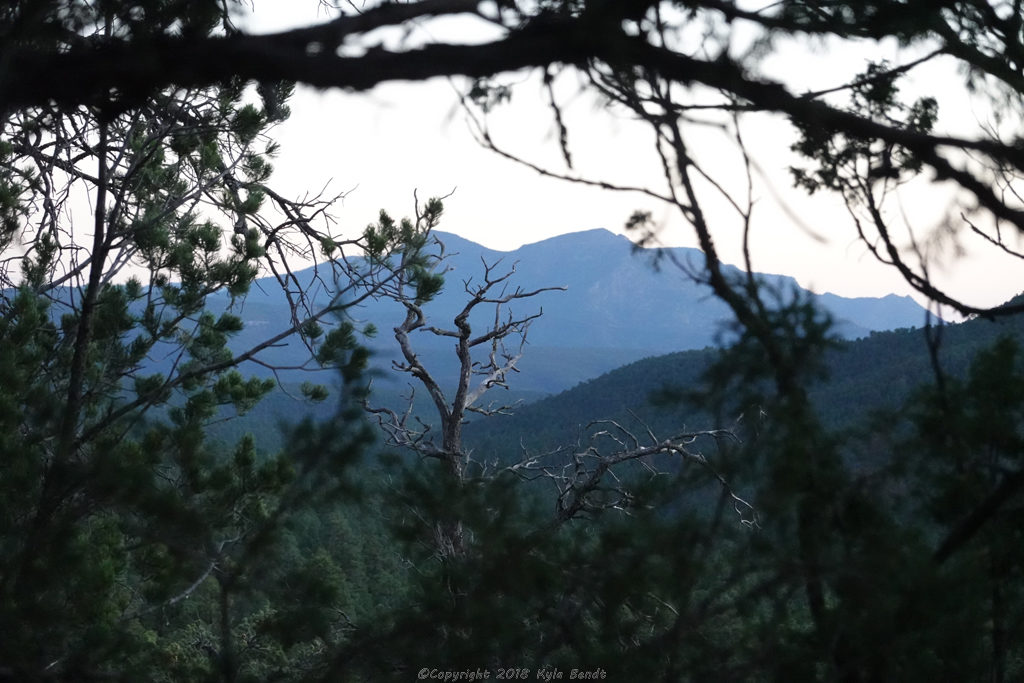 This picture was taken with a large aperture (f/4.5) so the dead tree is in focus, but the closer trees and mountains aren’t.

Here’s a picture of the trail I was on with the mountains in the background.  Have I mentioned recently how crazy fortunate I feel to live 5 minutes away from this trail system? 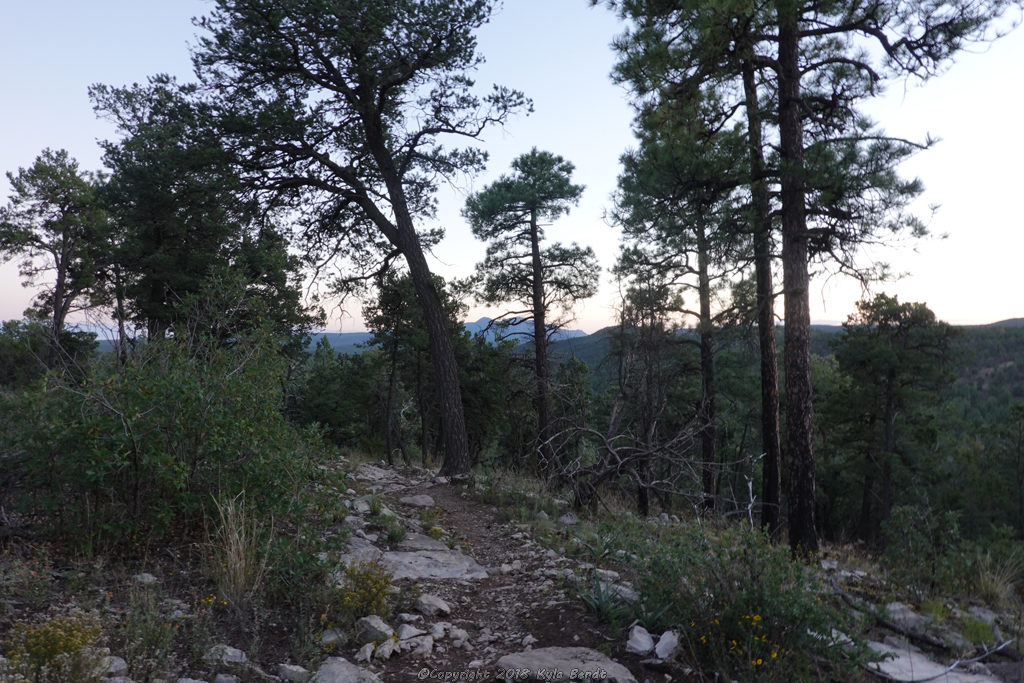 This picture was taken with a small aperture so most of the picture is in focus. In this case, it was f/9 (the bigger the number after the slash, the smaller the aperture). 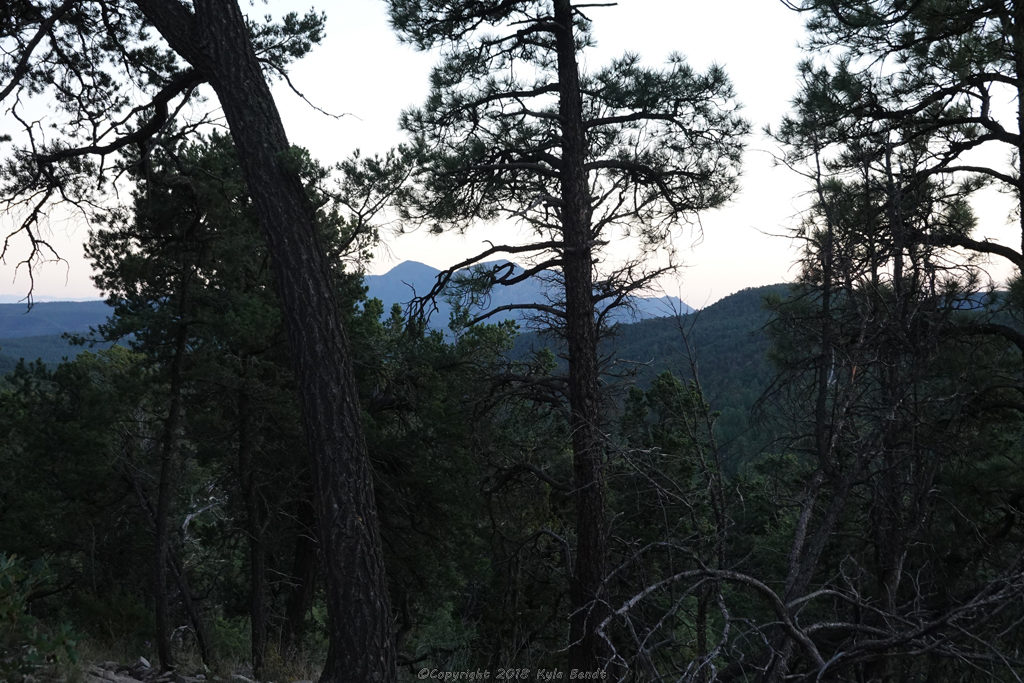 Here’s another at f/4 where just the trees in the foreground are really in sharp focus, but it’s kind of hard to tell here because the picture has been resized to be smaller and it’s a bit dark.

It was so gorgeous out and I easily could have stayed out for another couple of hours if it wasn’t rapidly getting dark.  (I was very impressed with how my camera did with the low light levels after the sun sunk below the horizon.) 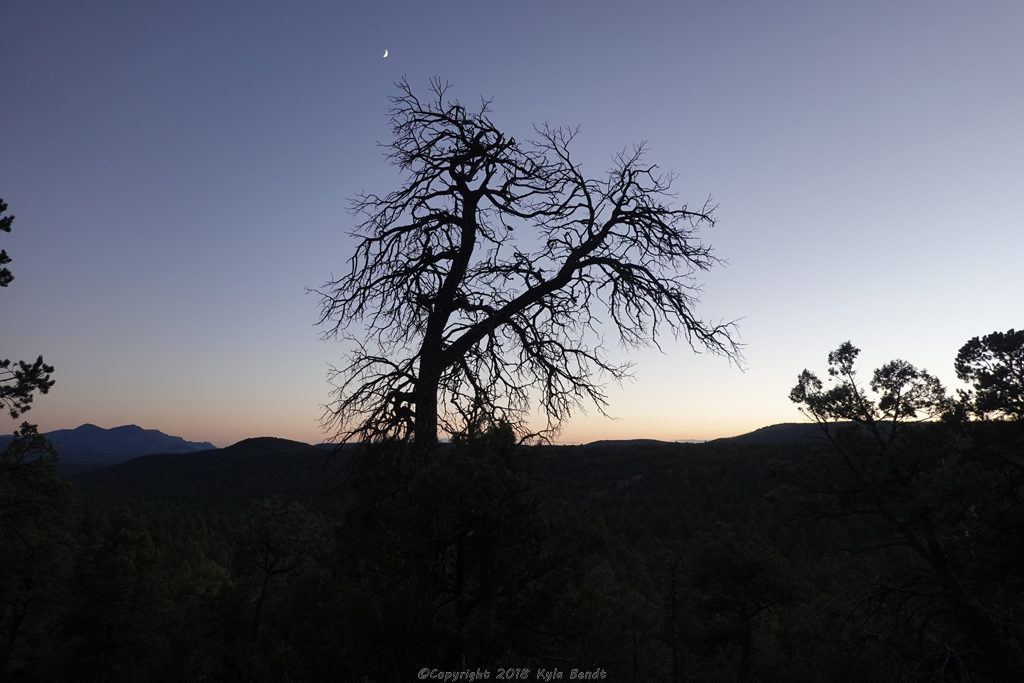 I took this one right before heading back up the trail and back home. It might be a perfect place for more pictures with a full moon. Of course, I’d have to get up very early to catch that since this picture was taken facing west.

A larger aperture also lets more light into the camera which makes it easier to get sharper images.  The picture of the tree above was taken at f/2.8.

I love the effect of a subject that is in super sharp focus with a blurred background.  While aperture has a lot to do with this, I’m finding it to be related to zoom level as well.  For reasons I don’t yet really understand, standing further back and zooming in makes the contrast between the sharp focus of the subject and the blurred background much more pronounced.

I’m sure any experienced photographer knows all about the explanation and some day I will too.  For now, I am just having so much fun experimenting and learning about all of this.