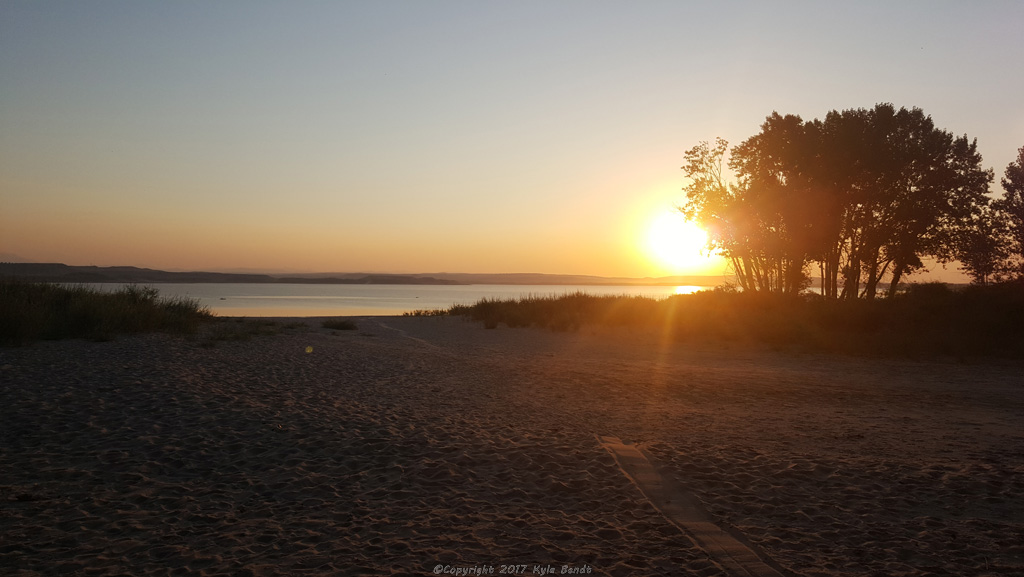 When I first found out I was pregnant, I already had plans for my due date- August 21- to go see the solar eclipse, but it looked a whole lot like I was going to have to change those plans.  For the whole nine months, I kept saying that I hoped baby would arrive a couple of weeks early and we’d get to go see the solar eclipse anyway- which was exactly what ended up happening!

Traveling with a three week old baby is not exactly the easiest thing- but then again having a new baby to take care isn’t the easiest thing to start with.  The hardest part for me both traveling and in general is just waking up so many times during the night.  I enjoy the time spent taking care of baby, but I am so longing for a few more consecutive hours of sleep (not to mention time to do other things).

I don’t think there are many things that could motivate me to travel right now, but eclipses are one of those rare things and I didn’t want to miss the opportunity to see one in my home country.  (The last time I had a chance to see a solar eclipse was in 1999 in Turkey- hard to believe it’s been 18 years since then!)

We drove to Fort Collins Saturday, spent the night in a hotel and then drove up to Glendo State Park on Sunday to meet my dad and some other family that were already camped there.  It was pure luck that they were able to get a camp site there as the park had been full before opening up eight temporary camp sites in an empty field right before they showed up. 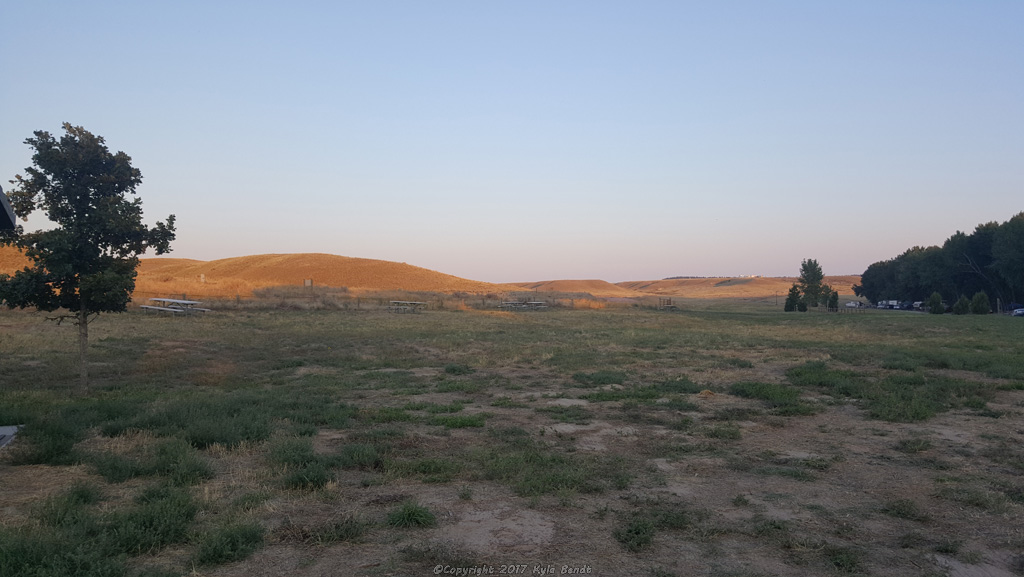 The field we camped in- after all the people cleared out.

The camp site was nothing exciting- a spot in a field with no shade, other campers very close and a well-traveled dirt road about 25 feet away that led to lots of dust.  But it was a short distance down to a sandy beach by the lake, it was crowded for a state park, but not crowded for an eclipse-viewing spot and it was right in the middle of the path of totality.  We felt incredibly lucky to end up where we did and since I’m such a fan of state parks, that added a bit of something for me. 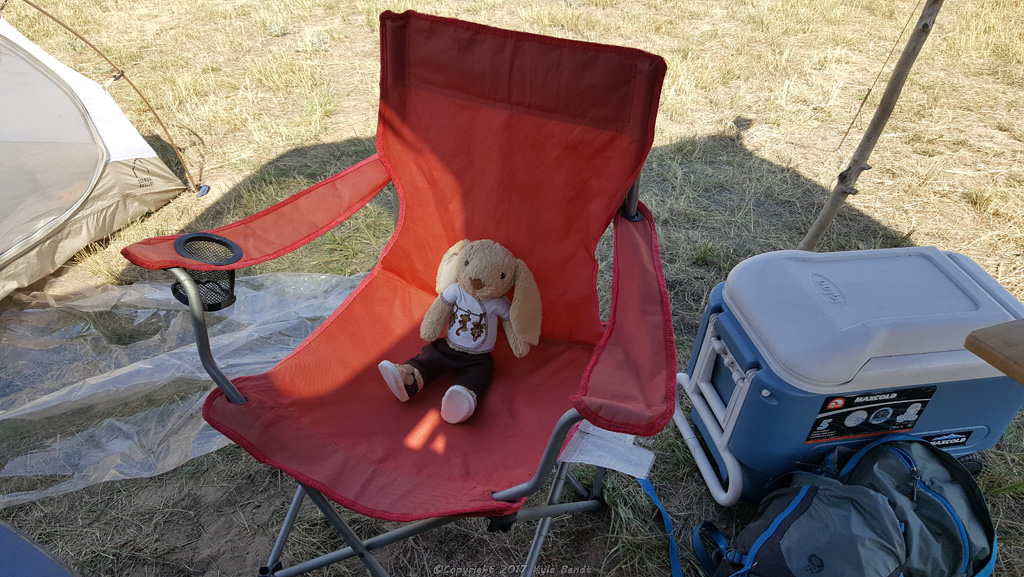 Hoppy chilling out in camp waiting for the eclipse to start.

Monday we watched the eclipse from the beach down by the lake.  We had perfect weather for it.  It is an experience beyond description… and not one that lends itself to good cell phone pictures.  The temperature started to drop as the sun started to disappear.  The shadows do this weird thing where they turn to crescents as the moon starts to cover the sun due to the change in shape of the sun.  (OK, obviously the sun doesn’t really change shape, but it appears to.) 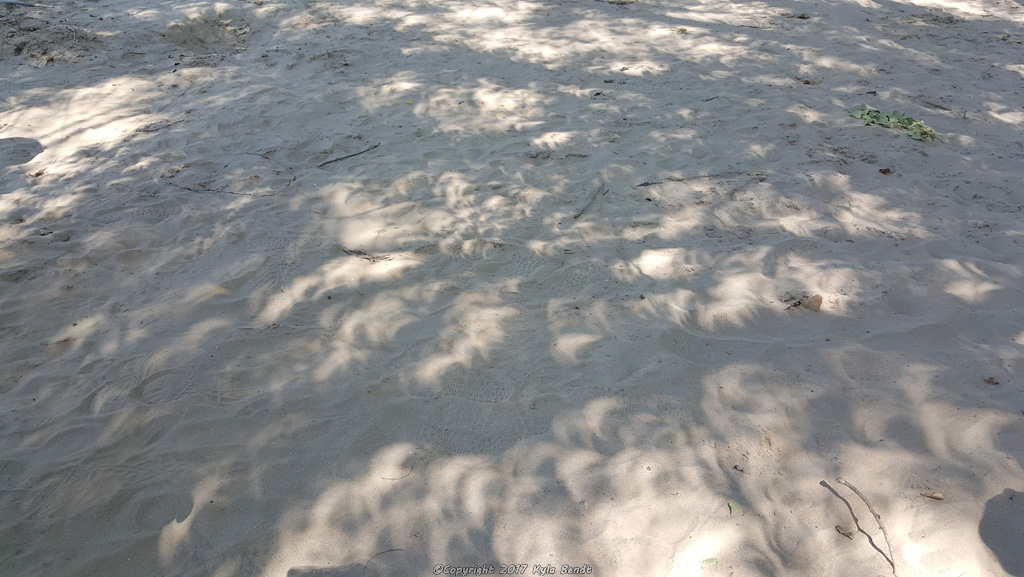 You can see the light between the shadows all form crescents.

And totality was just amazing.  One of the really cool things was that it looked like sunrise or sunset all the way around the horizon.  This was something that I was not expecting at all.  (The previous solar eclipse I saw was in an area that was more humid and the cooling of the air caused the humidity to condense into clouds making it not nearly as spectacular.) 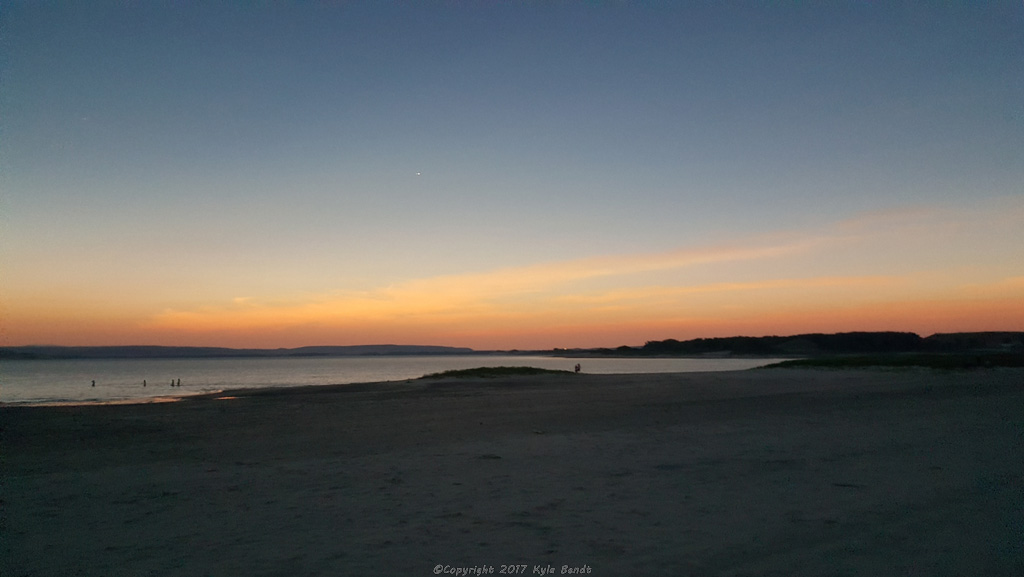 During the solar eclipse looking out over the lake. Sunset? Sunrise? Both at once?

After the eclipse, we decided to hang around the state park and let traffic die down a bit.  It was a good thing we did too because southbound I-25 was pretty much a parking lot for 200 miles.  My family that did hit the road right away said it took about 8 hours to make it 100 miles.  We ended up waiting for the state park to clear out a bit and then moving to a much nicer camp site closer to the beach in the shade of some cottonwoods. 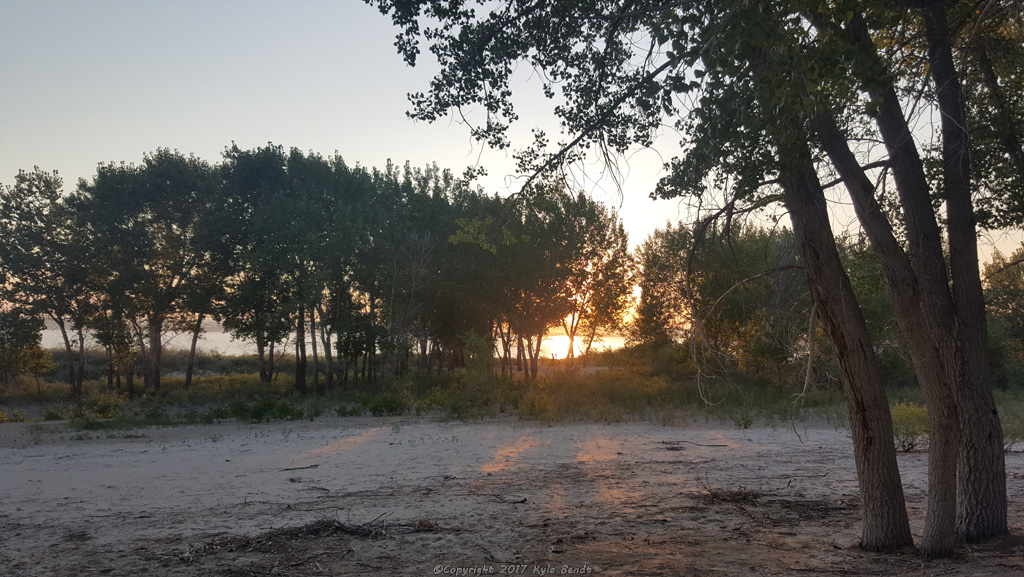 Looking towards the lake, not far from our second campsite. 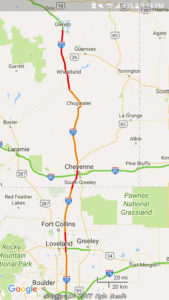 Nine hours after the eclipse and Google still showed traffic at a stand-still for hundreds of miles.

I was glad we didn’t hit the road right away, especially as Google maps still showed traffic as being super backed-up when I checked a bit past midnight (what else was there for me to do while up with the baby in the middle of the night?)  By 4am, it had finally cleared up and we made good progress towards home when we headed out the next day.

So many things worked out for us to make it a really great experience from baby arriving early to the weather to the great campsite we got!  I’m so thankful that we went.  It feels good to have gotten out on a trip post-baby.  It’s sort of proof that I can still travel and do cool things.  And… I am so glad to be back home and really don’t have any plans for another trip anytime soon!