There were some things that I wanted to get taken care of on the van before I moved in.  I had it out on a two week trip a few months before beginning to prepare it for living in, so I had some ideas about the things that needed to be fixed.  While part of me just wanted to move in, I knew I would be better off if I took the time to do some of this stuff first.

I also had the windows tinted to help keep the van cooler and provide some extra privacy.  The tires still had good tread, but they were several years old so I had new ones put on to be safe.  The improvement in handling and the smoother ride from the new tires made me glad I did.  Then I put some temporary shelves in the closet so I could fit more stuff in there in an organized fashion. I also installed new “curtain rods” (basically some wire with a white plastic coating and some nice looking hooks to attach it).  You can see from the picture of the curtains below that I still need to re-do the window screens in a couple of the windows.

I had a leak in the vent/fan over the bed and I didn’t want water dripping on my when it rained.  So, I replaced the vent fan with a better one.  I have to say that the new fan was one of the best things I’ve done for the RV.  I only put it in because the old one was leaking, but the new one has been amazing!  It move an incredible amount of air, is remote controlled, has a thermostat option, a reverse option, and a rain-sensor that will automatically close the lid if it rains.  My favorite thing is just the amount of air it moves, making it comfortable in my van at times when I otherwise would have needed the air conditioner.

(Note:I participant in the Amazon Services LLC Associates Program, an affiliate advertising program designed to provide a means for sites to earn advertising fees by advertising and linking to amazon.com. I only link to the few products that I would recommend anyway. I am very selective since I hate ads, thus the lack of any other form of ads on here.)

I did a lot of maintenance on the toilet.  I completely took it out of the van and cleaned everything.  It has two gate valves that drain it, one directly under the toilet and the other at the end of the drain pipe.  Both of them leaked, which created some real problems.  I replaced both valves and several other parts on the toilet.  It was not the most glorious job, but it’s worked a lot better since then.

There is a lot more that I want to do to the van and an endless list of cool things that I’d like to buy for it.  I just wanted to start with the most important things before I actually moved in.  The other stuff is stuff I can work on while I’m living in the van.  Plus, some things that I think I want I may find out that I don’t really need.  My dream list includes a 12-volt monitor, solar panels, an extra battery, a back-up camera, a stereo with a built-in GPS and a screen to see the back-up video feed, a generator, new carpet, new upholstery on the seats, re-wiring the stereo so it runs off of the auxiliary battery so I can use it for watching videos, adding an extra shelf in the back, and the list goes on and on.  The truth is that I know that a lot of that stuff probably wouldn’t really even increase the quality of my time on the road.  For now, I’m happy with having things fixed up and ready for me to move in!

I just wanted to move into my van
But I couldn’t skip steps in the plan
First, I had to make a few repairs
To fix the damage from wear and tear 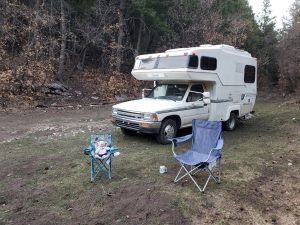 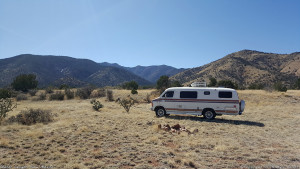 After much deliberation and a bit of procrastination, I’ve finally parted with my beloved van.  As most of you probably know, the engine threw a 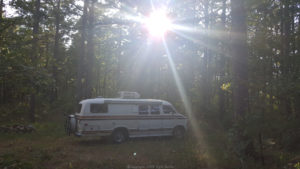 Everything I’ve learned about traveling in a Class B (van) RV (Plus pictures!!) 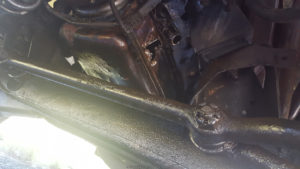 The engine on my van basically exploded while I had the van out in Texas.  “Exploded” is not the technical term for it.  I’m too

First night out with the van

I’m excited to finally be moved into my van.  I spent the first night in my van in the driveway at my house and then 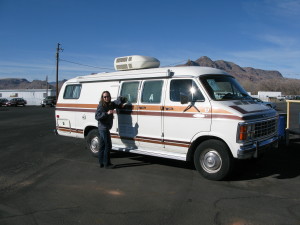 My van is built on a 1984 Dodge B350 base.  The modification process involved cutting off the top and back and replacing it with a